What a CASA Volunteer Does

Tennessee CASA provides training and technical assistance to existing CASA programs, and assists in the start-up of new CASA programs.  With the support of the local judicial system and citizens, Tennessee CASA has many of the resources needed to help counties start programs. 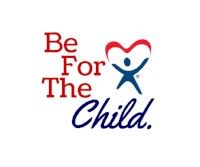 The first local CASA agency was started in Nashville in 1984. During the following three years, Chattanooga, Memphis and Knoxville started programs. The Tennessee CASA Association began in early 1986. This is when the directors of these local CASA agencies began to meet informally to share ideas and discuss concerns. Later that year, the Tennessee Legislature appropriated the first state money for CASA programs, which helped to strengthen the CASA network across the state.

In 1988, the Tennessee Bar Foundation awarded grants to several CASA agencies in Tennessee through its IOLTA fund. The time was right to officially form a state organization, and the Tennessee Court Appointed Special Advocate Association was chartered as a 501(c)3 nonprofit membership corporation.

Today, 31 CASA programs serve 57 counties across Tennessee, from Bristol in the Northeast corner, all the way down to Memphis on the Mississippi River. For the fiscal year ending June 30, 2021 1,681 CASA volunteers advocated for 5,772 of Tennessee's children who have been abused and neglected and provided more than 116,158 hours of volunteer service.

The Tennessee CASA Association is a member in good standing of the National CASA/GAL  Association.

What a CASA Volunteer Does

Each CASA program or agency professionally trains and carefully screens volunteers to become Court Appointed Special Advocates in juvenile court for children who have been abused and neglected. These volunteers advocate for the best interests of the child with the goal of securing a safe, permanent home. Tennessee state law allows for judges to appoint CASA volunteers to "speak up" for the child's best interests. Most CASA volunteers advocate for only one child, or family of children, at a time. In fiscal year 2018, CASA programs across Tennessee served 5,361 children with 1,581 volunteers.

Please visit us at www.beforthechild.org